Note the project name may not be final until it releases something!  (Possibly: Neverwinter Nights Remastered? Or give us some idea of a name on Discord!) 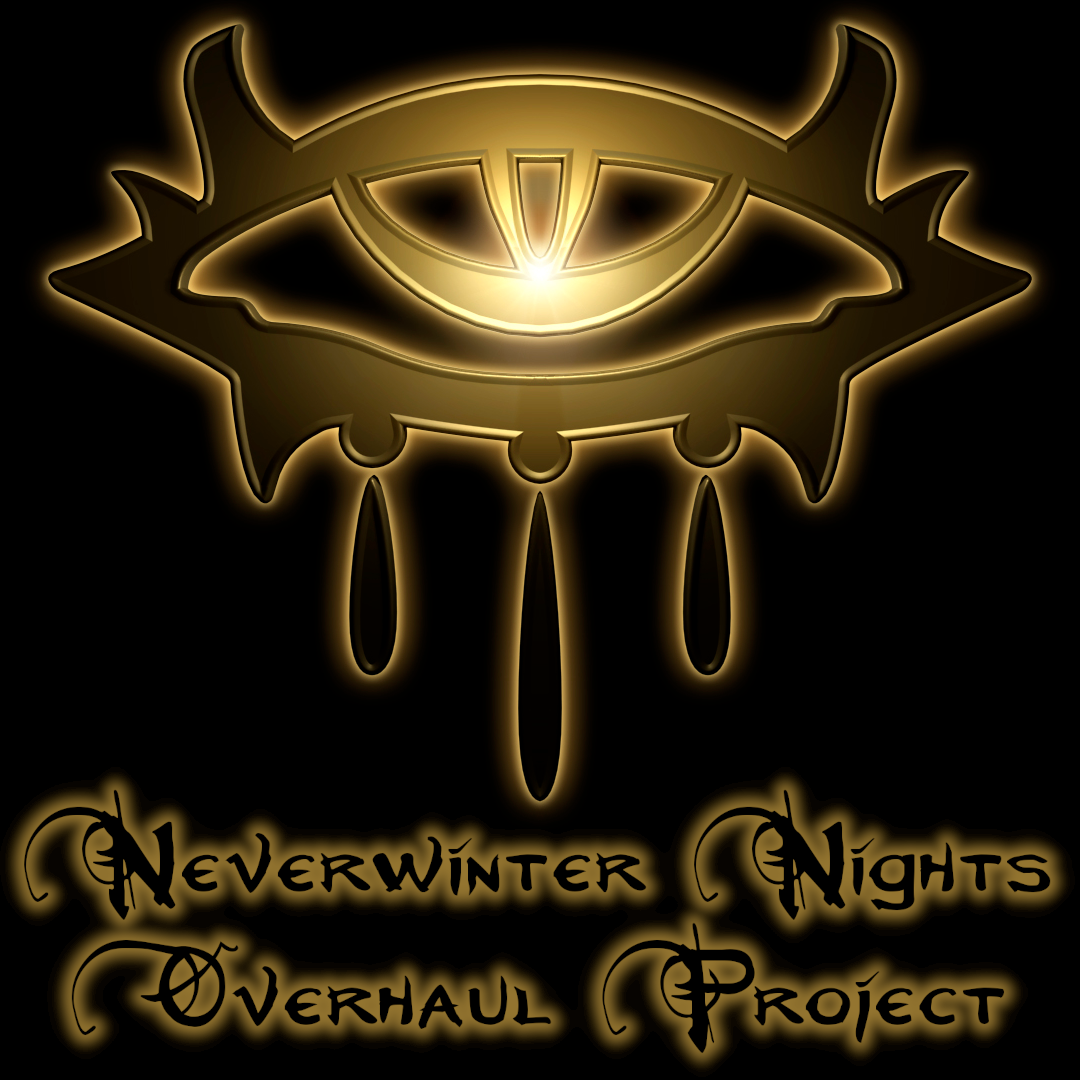 This project aims to overhaul and add to Neverwinter Nights art, scripts and systems making it a good start for any player (new or old) when playing the game, and a good basis for a builder to start a module off. A short list of what it will feature:

The basis for the pack will be the Beamdog HD Pack to begin with. In comparison to the Community Expansion Pack (CEP) it is going to be a much more focused project with both overhauls and EE HD/fancy maps as a priority. Like the Community Patch Project (CPP) it will try and include lot of fixes to the game, but also add new content and balance changes. There will be some additions and changes to classes and spells but not as many as the Player Resource Consortium (PrC).

Primarily this project is headed by Jasperre on the Vault Discord #overhaul channel; let us know there if you can help in any potential area, from creating new things (art, effects, gameplay systems, sounds, music, voices) to helping test and document. We may create sort some area on the Vault forums to also discuss the project once it has something. We'll also get a bugtracker on Github at some stage for reporting bugs centrally.

The project aims to do iterative releases slowly building the amount of upgraded and new content over time using high definition, fancy-mapped models and art utilising all NWN:EE features and replacement scripts and gameplay systems and additions utilising NUI and additional script and engine changes. The sheer amount of base Neverwinter Nights content is immense - tens of thousands of different files across all aspects of the game need improvements - so below is the aspirations of what will be done but not all immediately.

No ripped assets will be included in this project; although several selections of models (primarily the Beamdog HD Models) are licenced only for Neverwinter Nights usage. Compatibility with other projects (CEP, CPP, PrC) will be unlikely due to clashing 2da files, art assets and scripts, although the simple art override should be reasonably compatible with most custom content.

Final release file sizes will be limited to 15MB to stay within nwsync limits, making use of DDS to keep file sizes down, but source files will be kept as high a quality as possible for any potential increase of it or for singleplayer only changes.

Documentation will be provided on this wiki, with pages on assets being worked on and pictures of before/after of art and models, and a manual for players (and builders) once any gameplay changes are implemented. This may be eventually a separate "Space" to keep it away from the usual NWN modding information.

Beamdog has provided a sensible basis for overhauling the rest of the art in the game to a more modern standard, especially adding fancy maps to textures. There are several flavours of changes which will be used:

The above would cover creatures, placeables, doors, tilesets, skyboxes and VFX including weather.

In addition there is going to be included upscaled portraits, loadsceens, GUI textures and Icons so that using the in-game scaling options allows for no loss of quality of these flat elements. Portraits will also be, if necessary, updated when models are. Additional or replacement load screens may be also done.

For builders and players these additions may be included:

The project will be hopefully able to look at: