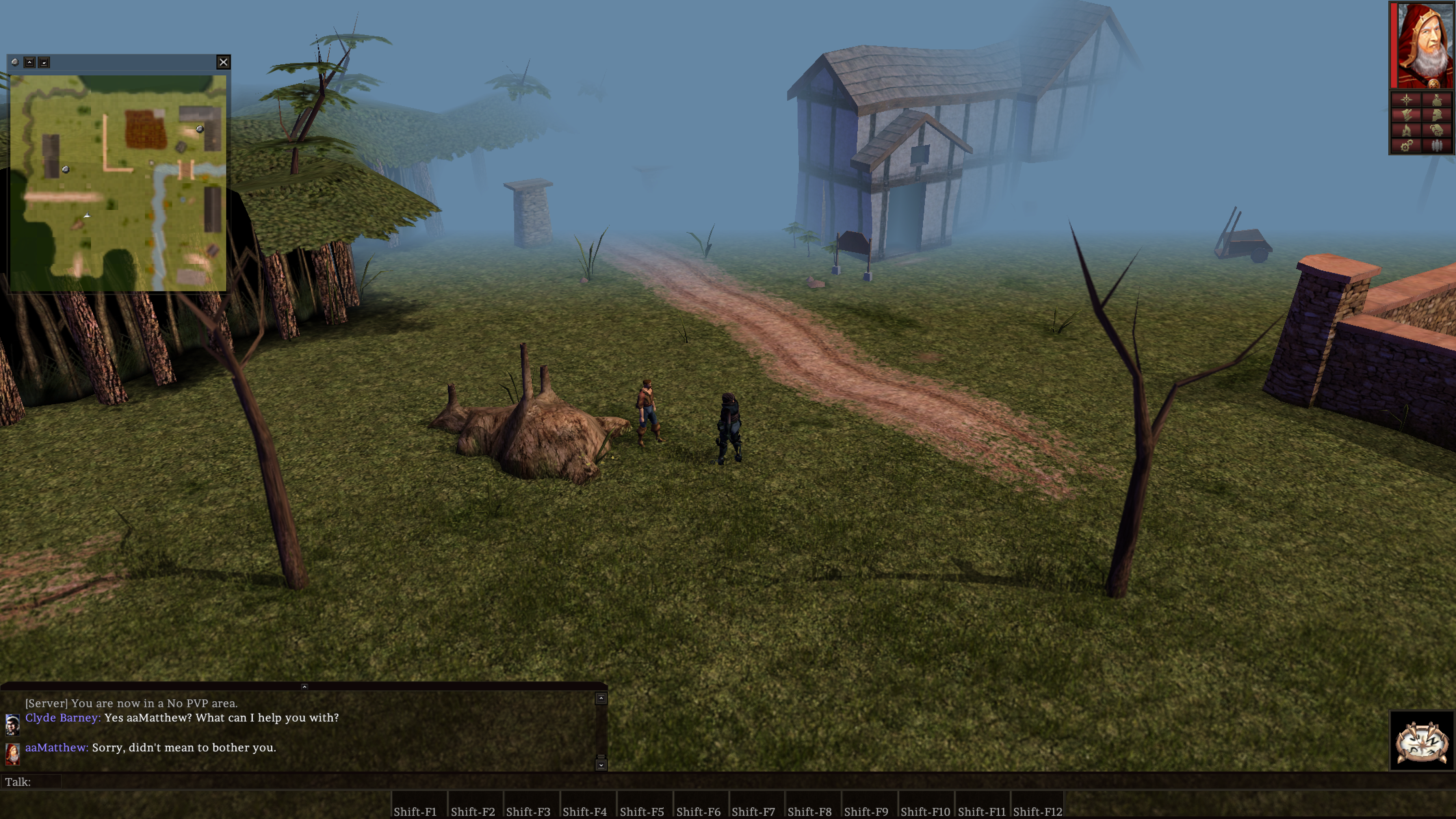 This is by far the simplest, and the shortest of the modules I've looked at. As such it is probably suited to children just learning about point and click, maybe 3-5 year olds?

The story is a simple single quest. In fact it only took me about five minutes from start to finish. You are tasked by Barney Summer's dad to find her lost necklace, which he tells you is somewhere about the farm, and you basically just search until you find it. There is a house and a tavern in the area.

The creator of the module has designed it as a starter non violent module for kids to learn the basics of conversation, movement and the idea of a quest. There are no combats intended (although they can be caused by attacking people or animals), and none planned. The conversations work as does the journal so, as a starter on NWN it is probably as much as a very young child needs.

A full merchant can be found in the tavern, but it's only for practice really since there's no reason to need a weapon or anything else for that matter. Reading is a necessity, so the child must either be able to go through the conversations and read/choose, or they'll need assistance with it. 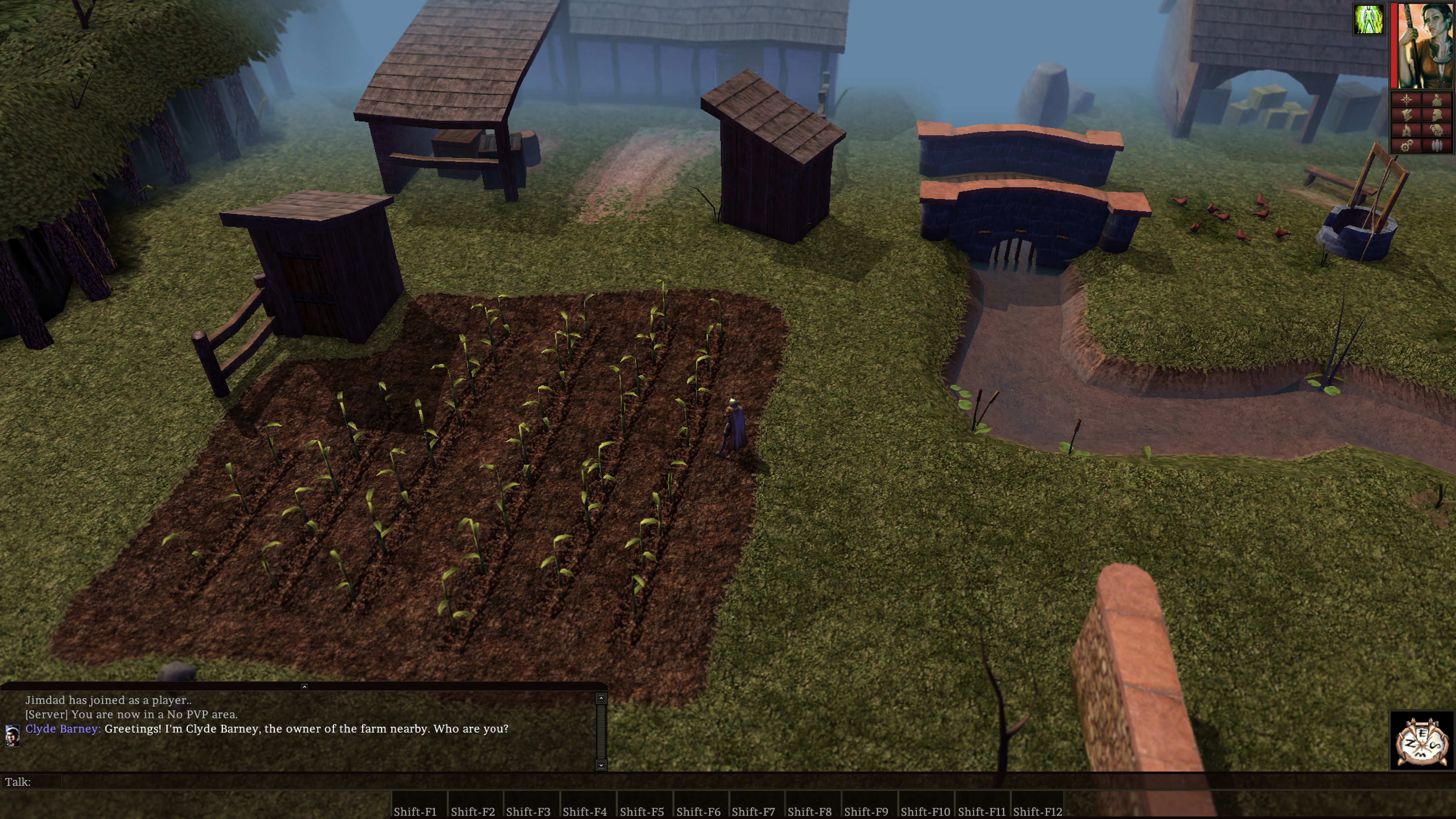 Positives -  There isn't a lot to say about the module. It does what it says it sets out to do which is to allow some basic movement and interaction around an area. There is a quest so a young child can find some satisfaction in returning the necklace to Summer.

Less so -  This is a difficult one. There are lots of things you feel the author could have added but he set out to create a very simple story and module which he has done. The single area is small with few places for the necklace to be. for the rest, maybe he could have had a little interaction in the Inn which isn't really used but I can imagine that a child using a mouse for the first time to point and click has enough on their plate and may well get satisfaction from just finding the necklace.

The module was last updated in 2016 and can be found on the Vault here.