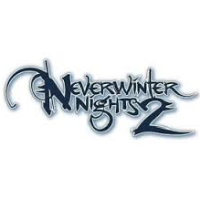 NWN2 lets you create your own visual effects by creating XML files:

Those files are most easily edited using the Visual Effect Editor plugin from the toolset.