Conversation files (file type DLG (dialog)) are used to have NPCs speak to players, and even each other.

Even given the age of the engine the conversation editor in NWN contains some very nifty abilities to allow easy looping and backtracking and can contain copious amounts of dialogue.

The game supports an easy way of having "single" responses when clicked on as well, utilising some default AI/script functionality.

There is also in NWN:EE some major improvements with Script Parameters allowing easy reuse of scripts with the conversation itself storing the required variables (Eg; "QUEST" being set to value "20" and the script using these). 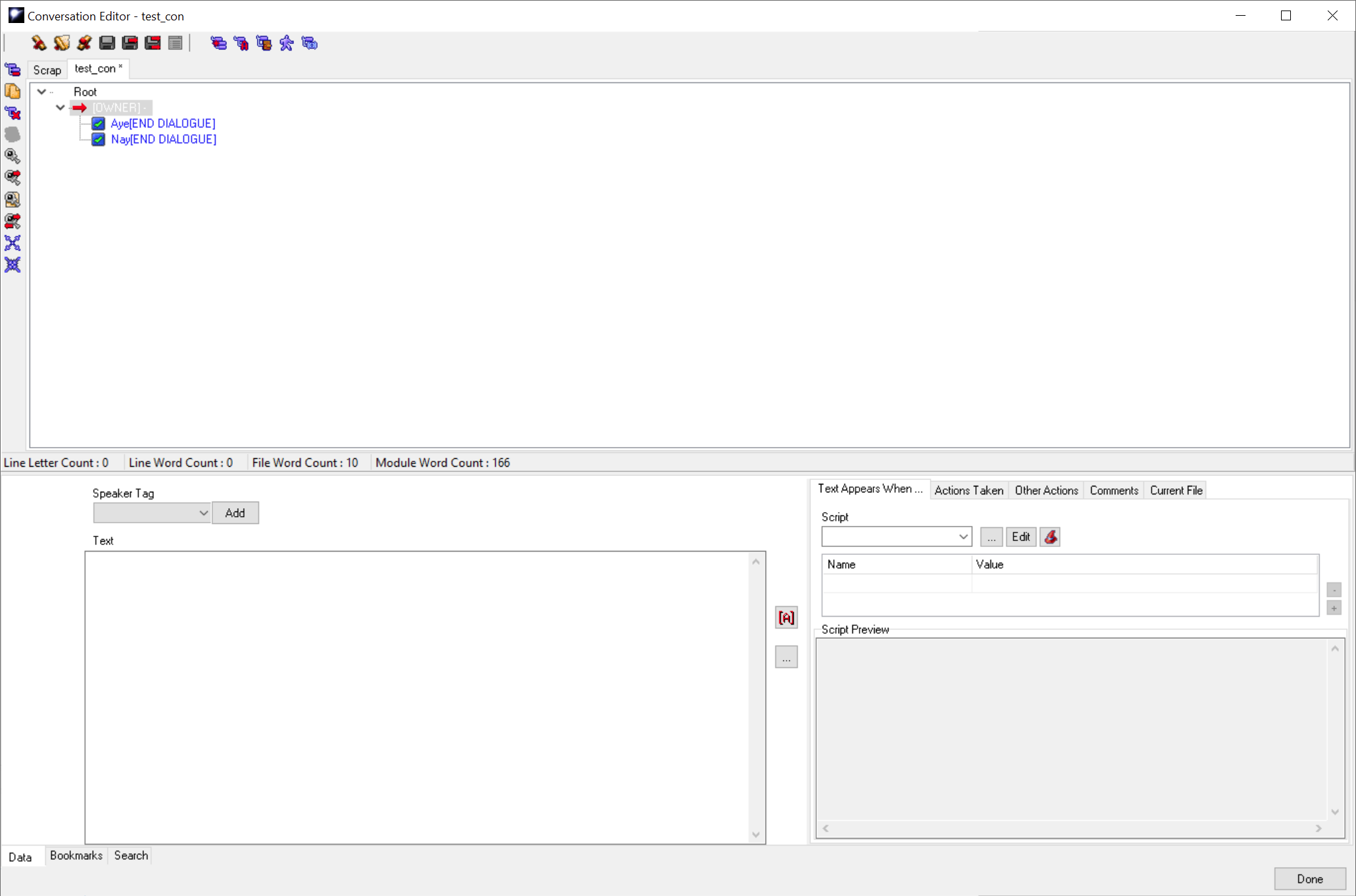 Note that apart from when in a cutscene (Where escape will trigger the "exit cutscene" event) a player can always cancel conversations. There are two events to deal with this - on abort and on exit (one being unnatural - moving away/esc, one being normal, such as a conversation ending with a End Dialogue option).

There are some limitations on the entire format (or at least worthwhile guidelines!) due to the games age / network setup;

Tokens represent non-standard text, the engine will do something with, such as highlighting it a certain colour, changing the words based on context or from a script value. 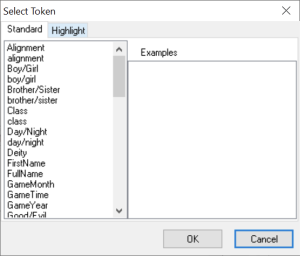 These will encompass text to make it a particular colour in game. Bioware generally defaulted to putting these in square brackets, which the conversation editor will also do for you by default.

These are tokens, a word put between <>, automatically fill in based up on the PC speaking with the NPC, for instance <he/she> will become either "She" (female) or "He" (male/default). This simplifies having to use tokens - since all of these could be calculated and set in a script.