Common Errors and Their Causes

These errors in the toolset usually are not easy to diagnose. Here are some common ones with the potential fix.

Note, many of these errors will cause the Toolset to crash, forcing you to use Task Manager to close it. When you reopen the Toolset, it will give you a warning that it failed to close and will request if you want to restore from the backup.  You will most likely want to say yes to this message, or you risk losing the backup permanently. The files for this are usually in your /Temp0 folder in your C:/Documents/<Your Username>/Neverwinter Nights/modules/ folder.

Although you can usually click through this error, it will generate additional errors that eventually lock the Toolset, forcing the user to use Task Manager to close the Toolset application. It is a random error that appears to have a variety of causes (three documented so far):

Virusman has indicated that error cause #2 may be linked to a memory leak when scrolling creature appearances. According to Virusman, "If you see this error, open Task Manage to check how much memory the toolset is using," I would then post that information in the comments on that issue report. 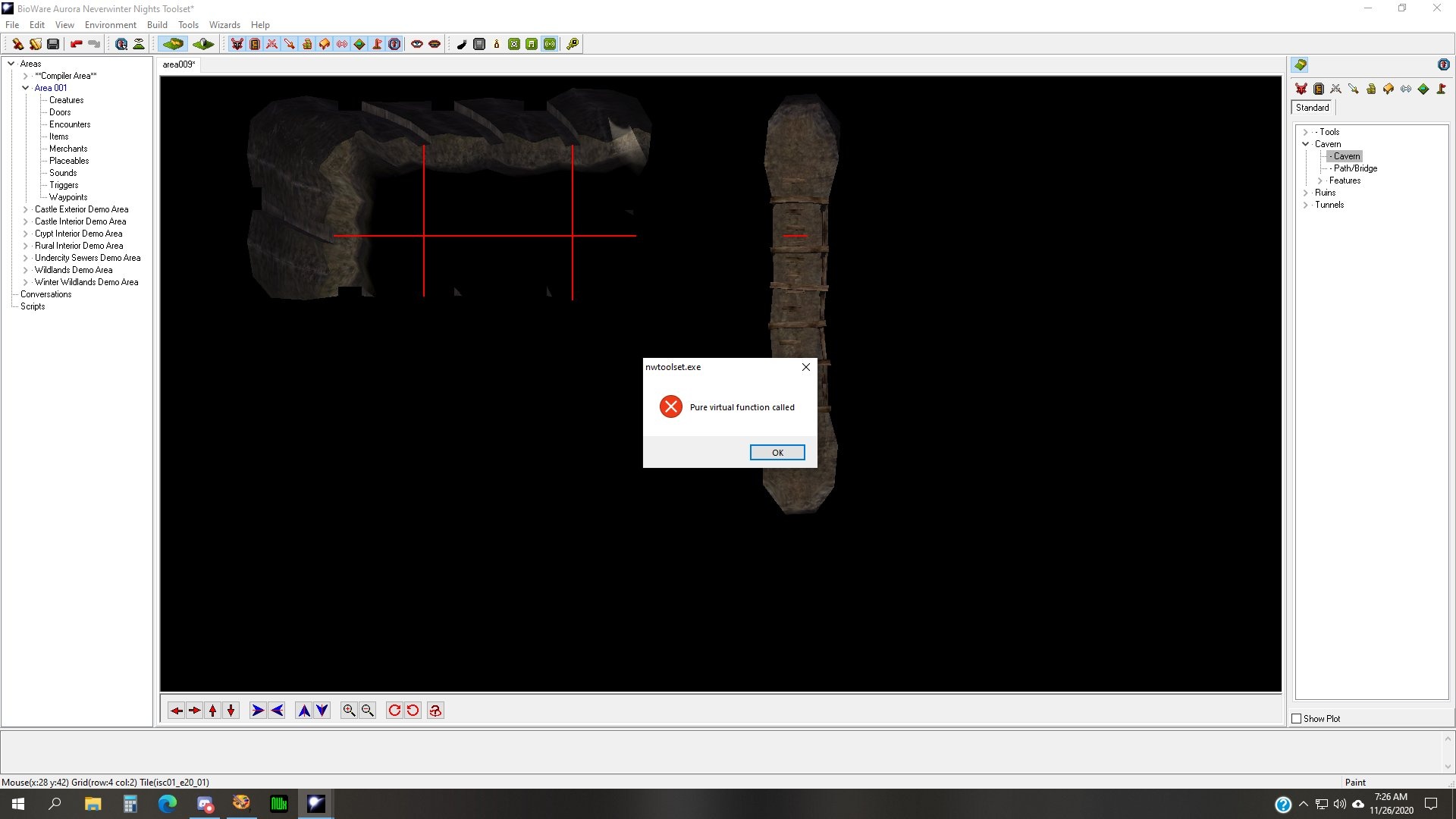 This issue is caused by having a filename defined in an MTR file that is greater than 16 characters.

Recently, this issue has been linked to the External Exception EEFFACE error, occurring after clicking through that error. In this incident, the "Pure virtual function called" error was then followed by an Access Violation at address 614247D3 in module 'SOFT_OAL.DLL', read of address 93F39822 error. 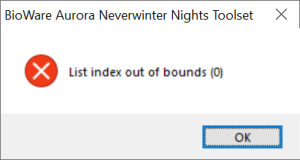 This is typically caused by various issues, some of which me and others have been able to identify. It is sometimes followed by an "Access Violation" error (see below). In all cases, the Toolset will crash at this point, forcing you to use Task Manager to close it.

List Index Out of Bounds (60) errors are caused by having an ARE file set to use a Tileset that is no longer installed in the module. 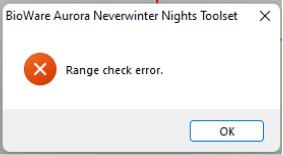 This is a SET file error caused by a mismatch between either the number of TILE or GROUP entries and the counts listed under TILES or GROUPS. It is immediately followed by an Access Violation Error at address 00A69595 in module 'nwtoolset.exe'. Read of address 00000004 (see below). 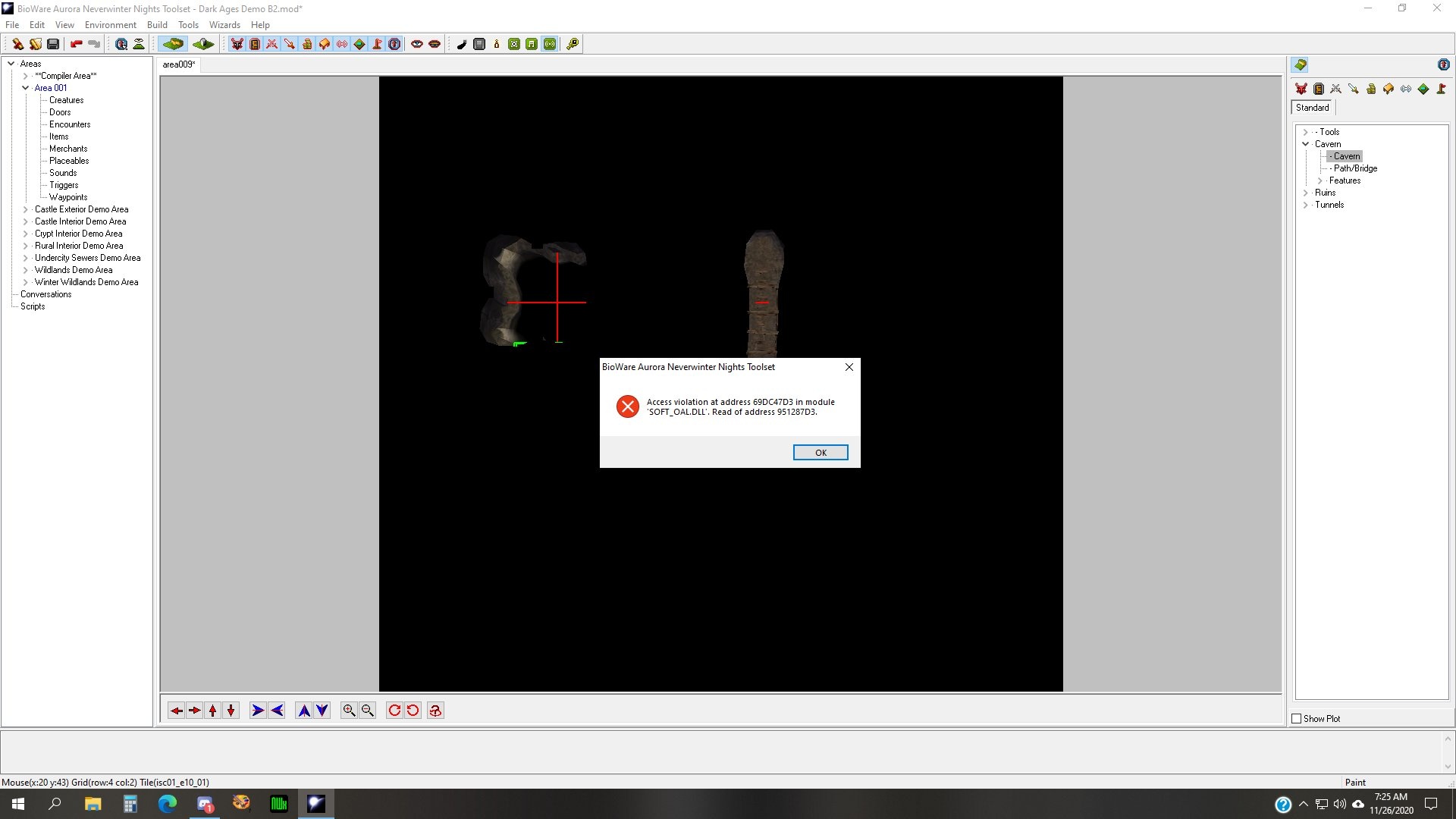 This crash to the desktop is a direct result of the "Pure virtual function called" error described above.

This hard crash - requiring you to CTRL+ALT+DELETE exit the Toolset - error occurs when you attempt to place a tile GROUP and the "Model" name listed in the SET file under TILE parameters points to a model that does not exist. Check that there are no typos in the "Model" name.

NOTE: This error is sometimes preceded by a List Index Out of Bounds (60) error (see above).

This SET file error is immediately preceded by a Range Check Error (see above). In all cases, the toolset will crash, forcing you to use Task Manager to close it. It is caused by:

This can occur in the creature preview window when the MDL file for the selected appearance does not exist.

The message "The model for the specified appearance was not available" appears. On confimation, the access violation sometimes occurs.

No adverse consequences have been detected so far.

Sorry, missed the AV code and debug info. I'll get it if this ever happens again.

This occurred because a placeable located in the area did not have an associated MDL file referenced in Placeables.2DA - missing because of a typo after editing the mdl name in the 2DA. Clicking OK on the Error Message that appeared allowed me to continue working in the Toolset but ALL of the placeables listed in the Area Tree on the left after the offending placeable had vanished from the viewport, allowing me to easily identify which placeable and MDL was causing the error.

This access violation occurred for Builder_Anthony while working with a custom baseitems.2da that exceeded 255 rows.

I was able to recreate this error by deliberating damaging baseitems.2da by merging two rows into one super long row that exceeded the number of columns in the 2da. – Pstemarie

This access violation occurred when trying to open the Orc Fort DEMO module from https://neverwintervault.org/project/nwn1/prefab/area/orc-fort. The module uses CEP 2 and lists CEP 2.6 as a requirement. However, according to user Rafhot, the orc fort area opens fine with CEP 2.4 but will not open with any higher CEP version.

Troubleshooting - Removing the GIC and GIT files from the /temp0 folder allowed the area to load. Thus, the issue lay with one of the objects placed in the area - the area uses standard doors and sounds but several custom CEP placeables. I believe the issue is caused by a placeable with a missing appearance.

According to user Imtherealthing, this access violation occurred when trying to open an area in the toolset, causing the toolset to lock up. If the area is entered using the game client, the client crashes as soon as the player approaches one portion of the area, generating a crash dump and log file.

This is caused by “Threaded Optimization” being turned on for the Toolset under “3D Settings” in Nvidia Control Panel.

Camera Speed is too Fast (AMD).

This is caused by “Wait for Vertical Refresh” being turned ON in Radeon Settings.

When editing an item with a PLT texture (e.g., armor or cloaks), the color displayed in the preview window on the left doesn’t update. 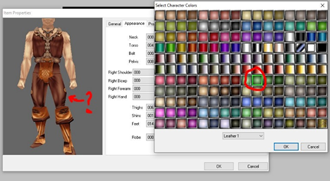 This is caused by “Use Environment Mapping on Creatures and Items” being unchecked under “Toolset Options.” 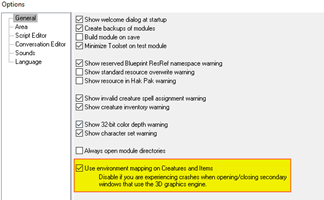 SourceLights Remain “On” When Set to “Off” in Tile Properties

This odd behavior is caused by erroneously having sourcelights defined as a “Light” node in the MDL file (along with lighting parameters) instead of a “Dummy” node. Sourcelight nodes ONLY every have three parameters defined: Parent, Position, and Orientation.

Note, this is typically caused by CC makers copying a MainTileLight node for use a SourceLight node. SourceLights require no lighting parameters; their properties are inherited from FX_Flame01.MDL.

Tile Feature or Group Will Not Paint

When attempting to paint a Tile Feature or Group, all that appears is a red Selector Box instead of a preview render of the tile you are painting. This error is caused by an issue with the GROUPS entry for the feature/group in the .SET file. I have identified three common causes:

Note, this error only pertains to tileset specific door - those defined in the SET file by a Door= parameter other than Door=0. It does not apply to generic doors.

The toolset script editor may have odd characters appearing for new scripts even in a blank new module with no hakpacks: 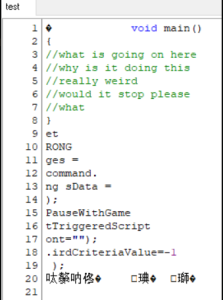 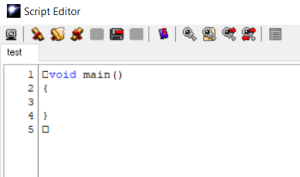 The problem appears to be Windows 10 enabling the Beta UTF-8 setting below available in the old Control Panel: 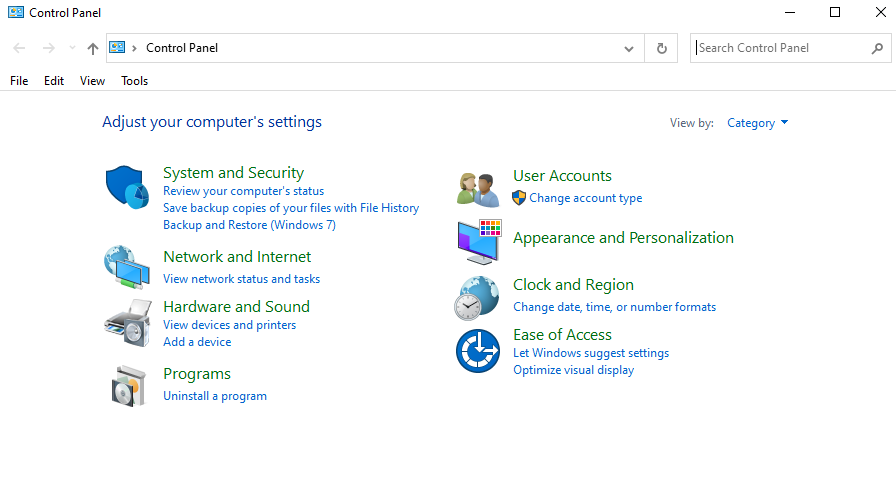 Click on Change date, time, or number formats and find this, the tickbox should be UNTICKED and this might have to be done multiple times after a reboot to have it stick.

This is trying to insert loads of UTF-8 characters in files that should be old Windows CF-1252. 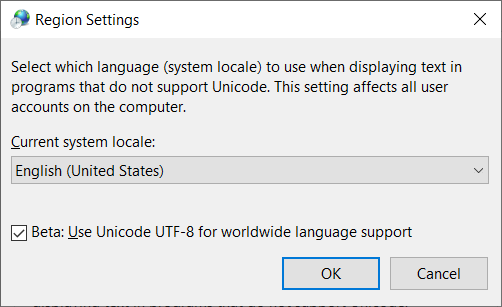